Take one puppy, roll and play until lightly pampered, then add the following ingredients..

Blend well. Heat with warmth of your heart until raised or until puppy has doubled in size. Mix with owner until consistency is such that owner and puppy are one. ENJOY!!! 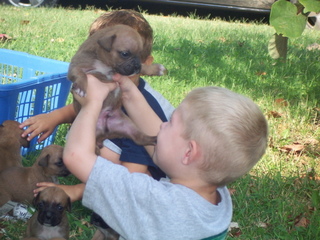